Out of an abundance of caution...

- March 11, 2020
No matter how hard we try to see things through a nationalistic view, the world is completely interconnected. We are just now watching as something that started in China, as a whisper on the wind, the next epidemic. Right now, it's impossible to know how far reaching this will be - just that it's a daily conversation on the national news. Can it get worse? Who knows. It does feel like every other year, something comes up from the jungle and the news presents it as a pandemic. New viruses make for easy reporting, especially when there's an explosion of cases in various countries and plenty of grim photos to show. But for now, it feels so far away - something that we won't have to deal with.

Until we do. And the first indication that we are going to have to deal with? The cancellations of many many races as the CDC and other organizations start recommending limiting group sizes. I know many races are under 250 in entrants, but that doesn't include all the volunteers and crew helping the race. The entire spring racing season is on hold - either due to cancellation or postponement of many races.  And of course, many of those runners are screaming for full refunds of their races. It's been building to a crescendo this past weekend on Facebook in the trail and ultra running groups. It's amazing how much people are focusing on the money they are "owed" vs the money that the race directors have already spent to support you and the rest of the athletes.

Some thoughts I while reading the comments demanding refunds - sometimes not in the most polite terms.
1) What can be used at future races as some people have asked? Not much really. Medals and awards have specific logos, dates and placements. Do you really want a medal from XXY race when you ran XYX race? Given the comments I see, no you don'. Can you give the overall winner award from one race to an age group winner in another? No - you can't. You can't reuse awards like that. Shirts have years on them and I know that runners don't want the 2020 shirt for 2021. Bibs often have the runner's name on them so those are hard to use for other events. These are all costs that have been incurred for every race - regardless of what you've paid for the race. And vendors will not take those items back and refund the costs involved. That's one place your money has gone - and those items aren't ones that have been purchased just before the race.

2) Permits have been paid for well before the event date.I doubt the county/city/state/BLM/DOT who issued those permits will refund the costs for the permits. If your race was a point to point race, the directors might be lucky and be able to get the transportation costs refunded. But how much is that really compared to the entire costs of putting on the race. So again, where is the money you are asking for coming from? It's already been used to set up your race. You're asking for money that is no longer there.

3) Finally - and the point that really got to me. We all signed waivers agreeing to refund policies for races - policies that include “acts of god” And now that something has happened you want more then what the race organization is offering. Are we so entitled that we would rather risk bankrupting the organization so we can have our money back?

I know some people will continue to say - I'm not taking the financial hit for this, the race should. No - the race shouldn't. We want to have these races here next year, right? Then we have to be respectful of the races and the race directors. They are doing everything they can and us runners need to be aware of that. Be nice. Don't put your favorite race out of business!

Popular posts from this blog 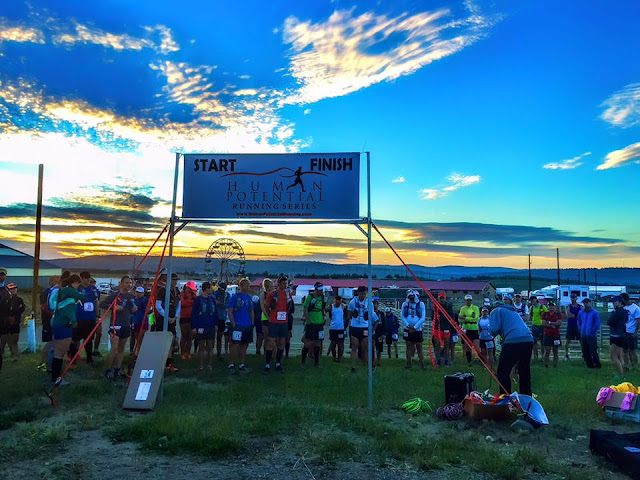 Fifty miles is a long way - regardless of how you travel. As I was training and preparing for Sheep Mountain Endurance Run, I knew that it would be a long day - I knew that there would be ups and downs, that the plan would have to be fluid and goals adjusted mid-race. That is the nature of endurance sports and the people who achieve are the ones who can go with the flow and find the ability to turn things around if they do go south. Obviously, for my first 50, I was hoping for nothing but smooth sailing - with no dark spots, no demons and smiling the whole way. A girl can always hope, right? Runners assembled for the start Photo - Human Potential Running The sun was just starting to brighten the clouds as we walked to the starting line with nearly 100 other runners. The race director went through a few things, noting that there had already been some DNS's due to the elevation and to be smart. Smart... Most people would say smart would mean not doing something like a 50 mile
the full story...

- August 15, 2014
Life is not a journey to the grave with the intention to arrive safely in a pretty and well preserved body; but rather to skid in broadside, thoroughly used up, totally worn out, and loudly proclaiming 'Wow! What a ride!'” - Hunter S. Thompson It seems such a trite quote, but true at the same time. Life is about the journey - the adventures along the way, the failures and successes. A life well lived is a person with stories to tell, taking the chances along the way that will provide fulfillment. You don't realize how close we are teatering to the edge until something happens that affirms our mortality.  In eleven years of practicing physical therapy in a nursing home setting, I've had my share of experiences with death. Never close though - far enough removed to be touched by the passing but not affected. Sometimes it's expected and everyone says "it's for the best. They are happier now." Other times, it's not and we are all shocked
the full story... 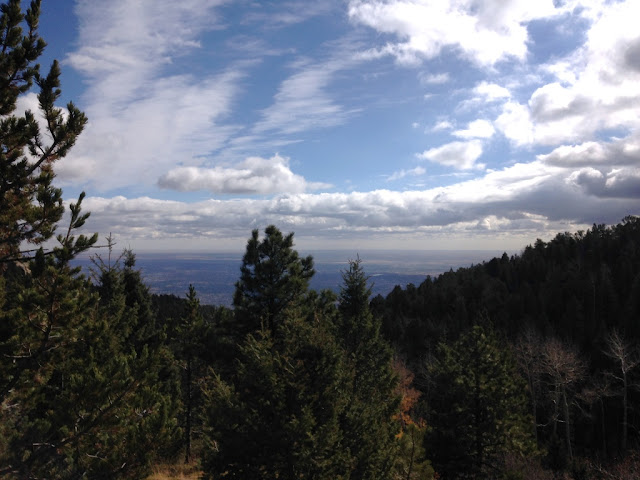 I'll be honest. The two months between the middle of July and middle of September just about crushed me. Tired all the time, unable to muster more then a slug pace for most rides, and shuffling my way through my runs. It was the worst two month I've had - made worse by my continuing to try to push through the fatigue. So after Vapor I made sure that I would listen to my body and not pressure myself into training until I felt ready. No matter how long it would take, I would take the recovery I needed. Two weeks of minimal activity - short swims that were mostly just paddling around, very short runs where I didn't look at my watch at all and the easiest of rides imaginable. After those two weeks, I was still tired, but feeling better. Getting more like myself again, with a little more energy. That meant I needed at least another week of easy recovery! It was not the time to succumb to FOMO and start up with the big rides and hard runs again. So I behaved even more, knowing ev
the full story...

Friends with the Monsters..

- July 13, 2016
And the voices inside of my head.  As Saturday approaches, the voices - the demons - have begun talking to me. Sometimes a whisper, sometimes a scream. 54 miles. It's the distance from Colorado Springs to Lake Pueblo State Park. Or the top of Wilkerson Pass... A long bloody way to cover on two wheels, let along two feet! Yet that is my goal. Traverse the trails and roads west and east of Fairplay, covering more then the distance of two marathons. Theoretically, it should be nothing. After all, I've run back to back marathons many times - once getting both under 3:10. Fifty two miles, in just shy of 24 hours at a pace much faster then I'm planning. But in this ventures, I had time to recover between races and took the recovery seriously. Here, nothing but continuous forward movement. One step in front of the other, no breaks between efforts and the the clock doesn't stop ticking.  As Saturday approaches, those voices are getting louder. Ever doubting, ever questioning -
the full story... 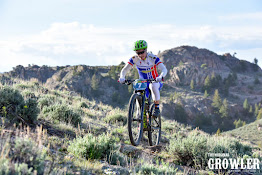 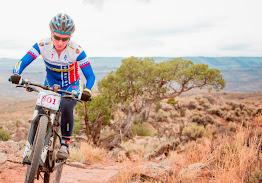 Photo - About the Shot
Tweets by @TracyThelen 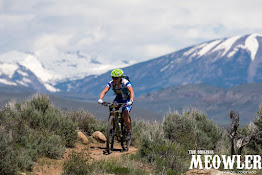 The companies listed on the Sponsor page provide discounted product to use and I routinely review and endorse these products here. This product is usually kept and used throughout the year, which might be considered a form of compensation for any such review or endorsement set forth herein, but this form of payment does not color any reviews or endorsements of the products. All of the opinions expressed on my website are personal opinions based on actual use of the Sponsor products.